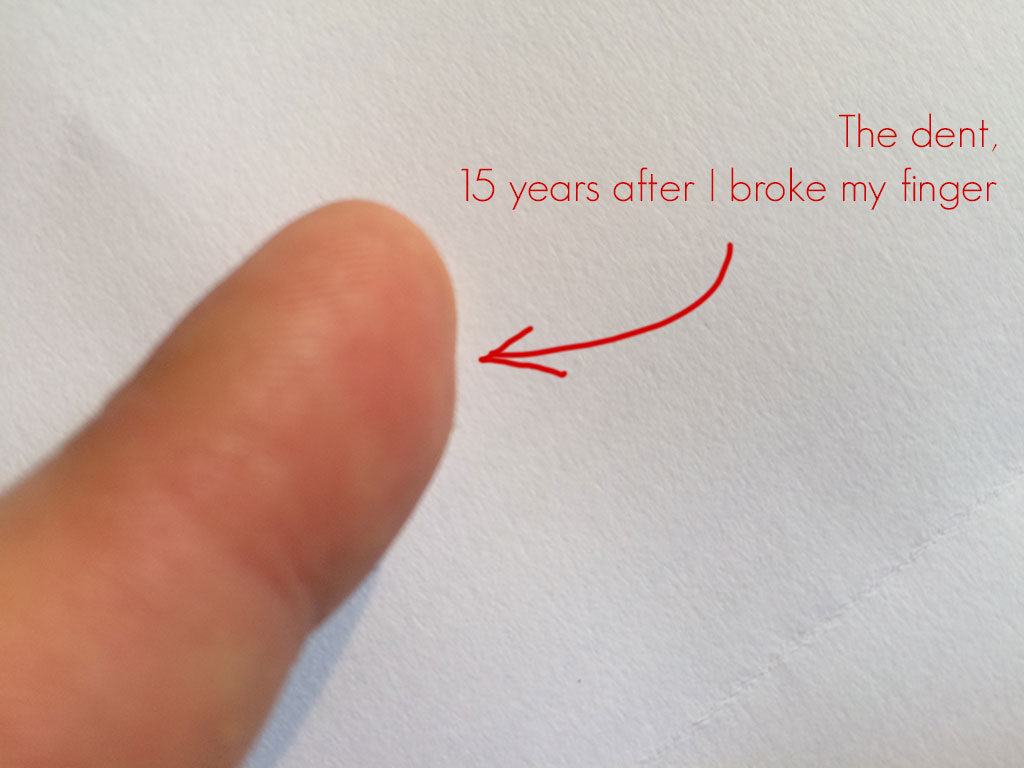 Back in 2001, I must admit I hadn’t played my guitar much for a year or two and I was building a pottery (long story). Whilst I was installing a profile steel roof I managed to get my left index fingertip caught between a large bolt and a high-velocity hammer.

Ouch! And I mean ouch. I instantly knew that I must have broken my fingertip and cursed the fact that I wouldn’t be able to play guitar. As the weeks rolled on, all I could think about was whether or not I would be able to play and how much I would have to adjust my technique to account for this injury which seemed to be permanent.

After several months I picked up the guitar but my index finger was so sensitive I could hardly fret a string. I started researching Tony Iommi of Black Sabbath and hearing his story gave me some hope and made me feel a bit better. After 6 months I realised that my guitar playing would never be the same as it was before as I used my index fingertip for a lot when playing expressive lead parts.

In fact, it has completely changed the way I play, partly because certain things hurt quite a bit but also that my hunger to play was revitalised. I had spent so much time programming in the studio, writing from a keyboard and learning about music theory that I had forgotten to pick up the guitar often enough.

So even though I’ve got a weirdly shaped index finger with a visible dent and have to adjust my technique a bit, in a strange way, the accident gave me a massive push to recover, to play more and to get on with making music. Every cloud!